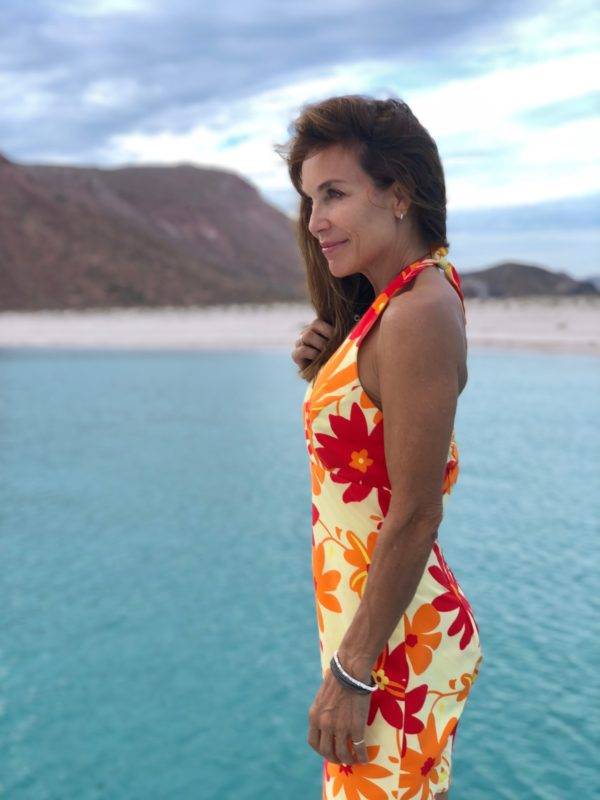 For the past week, I’ve been bareboat sailing on a 46 foot catamaran in Baja California. We’re talking off-the-grid, no cell, no social media, no frills. Primping is not a priority. Mirrors are not a focus. That rare occasion when you look at your reflection becomes the moment of truth. Untouched eyebrows, eyelashes and sun kissed skin reveal the true you. There is no better way to product test a FaceCare Collection. My evaluation at the end of the trip … NULASTIN really, really works!

It’s hard not to get evangelical about something when it’s so breathtakingly life-changing. There’s a fine line between sounding like a hard-sell infomercial and pure, effervescent glowing excitement. How can I tell my friends about this collection without sounding like a paid-spokesperson? After all, I founded the company!

Here’s the deal. My face has had some hard knocks.

Growing up on a ranch, I had my fare share of spills and horseback riding falls. During adolescence, acne became so horrible I would spend an hour every night with a towel over my head, treating my face by using a countertop spa-steamer. So much Benzoyl Peroxide was slathered on my pimples, my eyes swelled. Eventually, I put two and two together and realized I was allergic to the acne medication. At 16, I crashed my mom’s Thunderbird into a tree, knocking myself out, dislocating my jaw, bruising both eyes and suffering a concussion. This accident was nothing compared to the Harley Davidson motorcycle wreck I had later in life. I’m that passenger that survived a head on collision going 60 mph wearing no helmet. Not proud of this. Just saying, it’s part of my hard knocks.

The skincare kicker happened in college, when I started taking a doctor recommended birth control pill. I developed what they call, a pregnancy masque. Dark brown blotches surfaced on my forehead, my cheeks and sadly, in the form of a dirty mustache. Picture the scene. Young woman, paying her way through school, now needing to spend money she didn’t have on expensive products to bleach her face.

I tried Obaji skin whitening – it didn’t work. Exfoliators didn’t work. Laser treatments were useless. Years after I stopped taking the pill, the dark brown blotches remained. So, I wore a lot of makeup, every day. Spending endless hours in sun certainly didn’t help. When I couldn’t wear makeup (during triathlons and mountain bike racing), I felt self conscious about my look. Vein me opted for permanent eyeliner tattooing as a way to enhance my eyes without mascara. THAT was such a disaster, years later, I paid to have the tattoos removed. The memory of laser sparks, zapping, stinging and me cussing is a reminder of what an idiot I’ve been with facial self-care. Over-plucking my eyebrows for decades classifies as one of those poor choices.

As if this weren’t enough, at 28 years old, I suffered facial paralysis. It’s a rare disorder called Bell’s Palsy. My symptoms were on the severe side, with a total loss of the ability to move one side of my face. The shape, muscle tone and elasticity of my skin deteriorated. My neck tendons never recovered. Today, I still experience an occasional recurrence of symptoms. When I get tired, my eye droops and my mouth sags. If you see me with a crooked smile, that’s why.

Despite this, I found myself drawn to a career as an on-air talent. Once my television career kicked in, I needed to up my beauty game. More money in the bank meant that I could spend more on capricious face care. Facials, collagen treatments, and botox were all explored. For a year, I had eyelash extensions. I loved, loved, loved them! Unfortunately, I became allergic to the glue. My glam-eyes disappeared and I was left with stubby eyelashes.

Literally every facial assault I’ve experienced has been repaired and addressed with NULASTIN. I use the Rejuvenating Facial Moisturizer and Intensive Hydrating Serum twice daily to keep my skin bright, tone, supple and radiant. The LASH Follicle Fortifying Serum is my go-to for longer, fuller, thicker, natural eyelashes and the BROW Shape Altering Serum has created a full, youthful frame that softens my look and defines my eyes the way nature intended.

This week sailing reminded me of how grateful I am for NULASTIN. It’s why I founded the company. My face has defied the aging norm. Of course, there’s wrinkles. At 54 years old, the laugh lines are just where I want them. NULASTIN is not magic, it’s clinically proven, evidence-based science with real results! There were four women on the sail boat, ranging in age from late 40’s, mid 50’s and mid 70’s. We are all testimonials for the NULASTIN® FaceCare Collection with Keracyte® Elastin Complex. Proudly holding our own and each able to confirm, NULASTIN works! 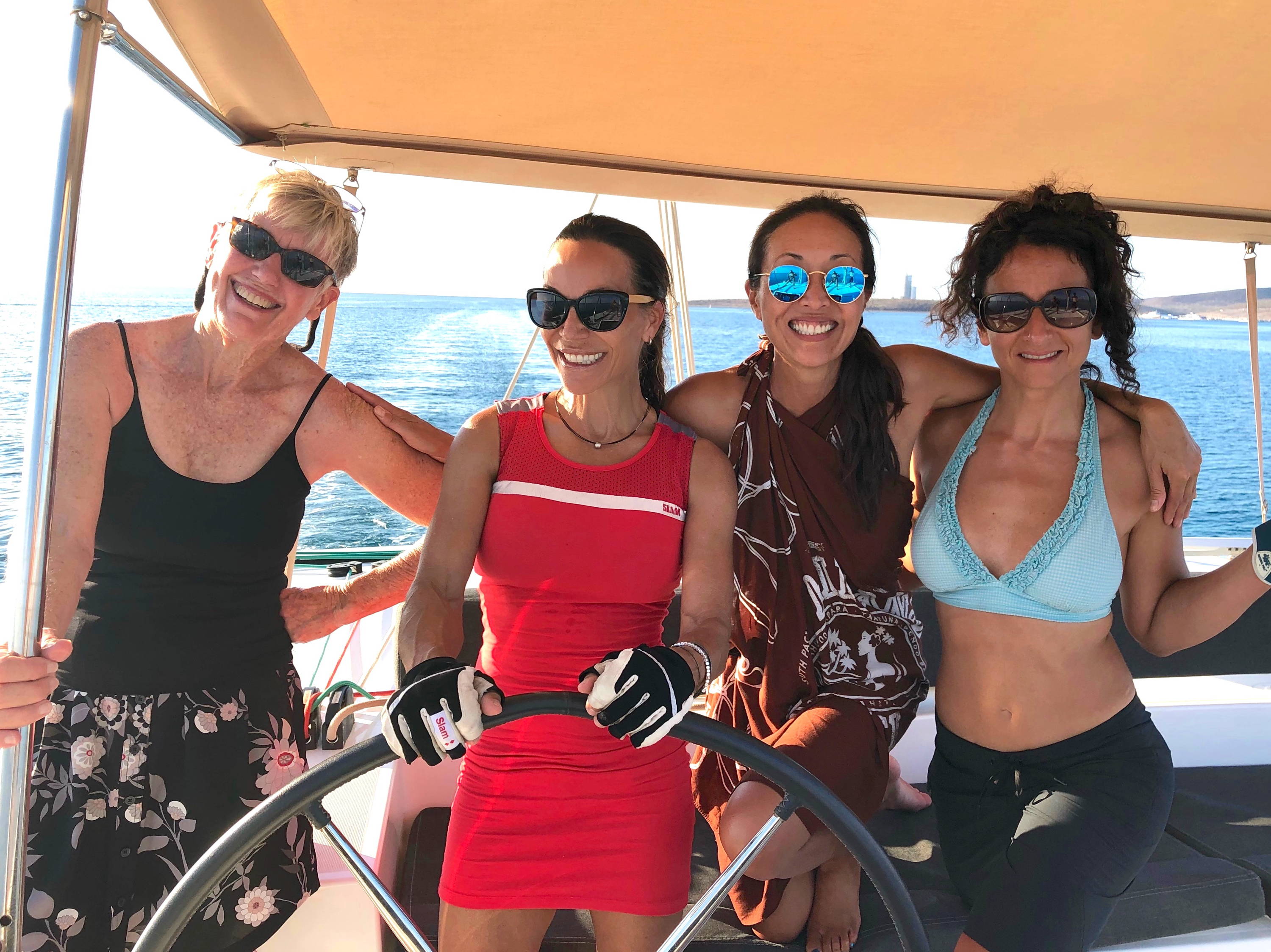 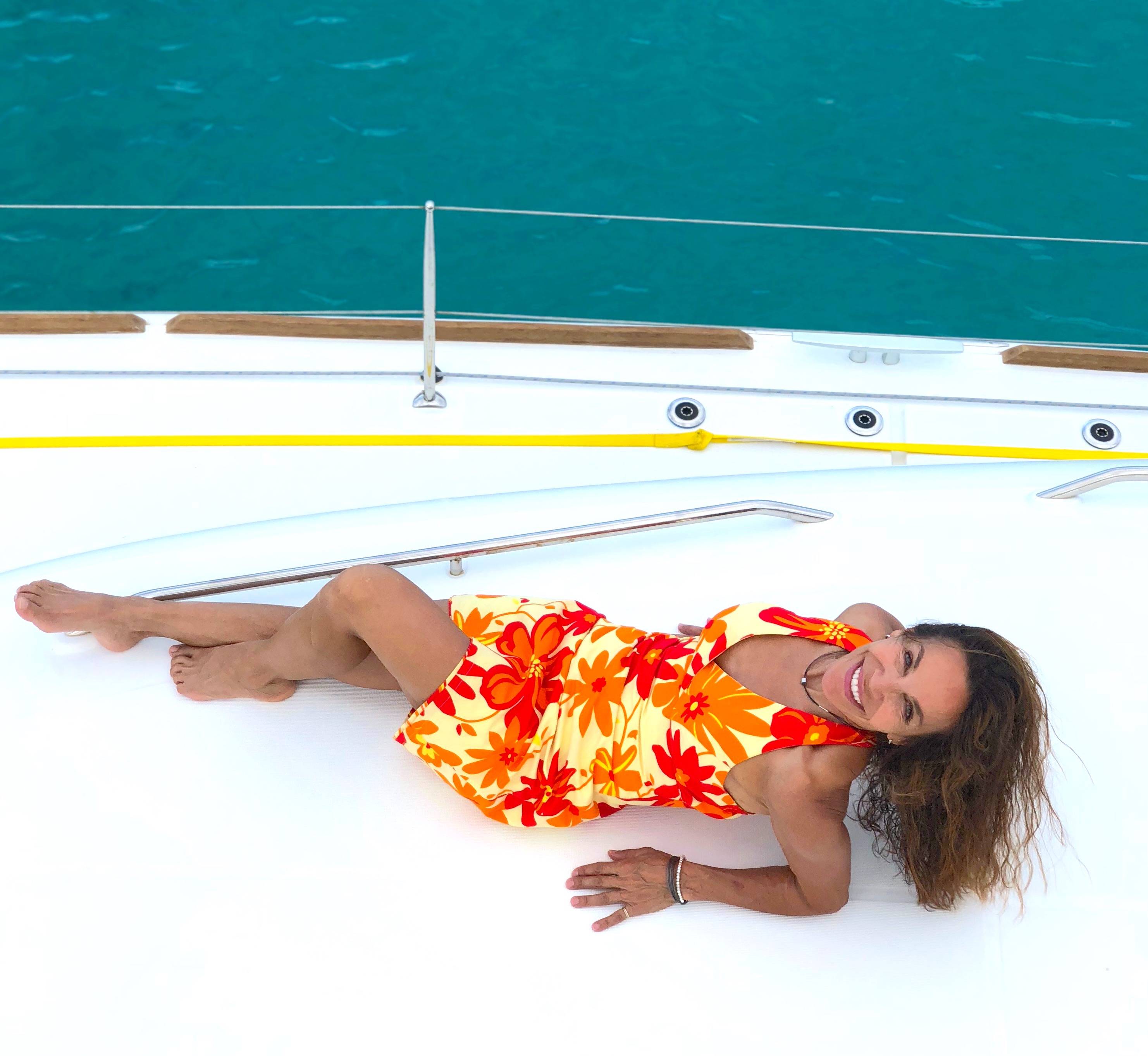